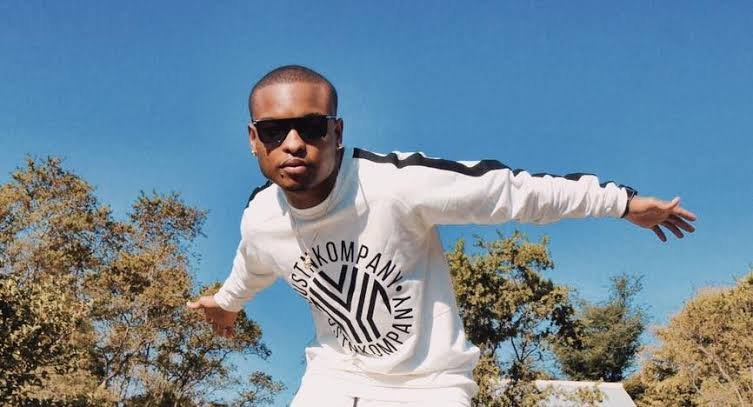 K.O has dragged the government on social media over the video. He claims the video which was shared on official Twitter pages portrayed characters which allegedly resembled himself and his former Cash Time Family group members without their permission.

K.O angrily replied to the post: “What’s this?? Deliberately using a suggestive caricature of myself and my former Cash Time associates in this fashion as the face of Covid-19 – no consent! A whole GP government. How low and unscrupulous!”

What is this?!? Deliberately using a suggestive caricature of myself (and my former Cashtime associates) in this fashion as the face of COVID – NO CONSENT?! A whole GP Government! How low and unscrupulous! I feel violated and extremely disrespected… Seeking legal advice https://t.co/5bsq9BhU8I

A Twitter user also posted the original version of the cartoon which now has just been changed to include a corona character.

He felt violated and was seeking legal advice. The provincial government said the video had been sent by the original owners.

Digital advertising company, Yellow Room reacted to the allegations after it was brought to their attention that the main character in the video was said to resemble a known artist, and it noted claims about the video being owned by the said artist.

“We wish to categorically state that the video was a passion product developed by Phaatoonz in 2015,” it said.

The creator owned 100% of the rights.

“The video seeks to educate citizens of Gauteng on the importance of observing Covid-19 protocols in an attempt to combat the spread of the virus,” it said.