TV show, “Behind The Story” has been renewed for another season and local television presenter Pearl Thusi will be hosting the talk show. Phil Mphela announced the good news on his Twitter account on Thursday where he also stated that the season 4 of the talk show will commence on the 12th of August.

TV: Behind The Story renewed for another season

Hosted by Pearl Thusi, the celebrity interviews talkshow will return for a fourth season.

Behind The Story S4 starts August 12th at 10PM on BET 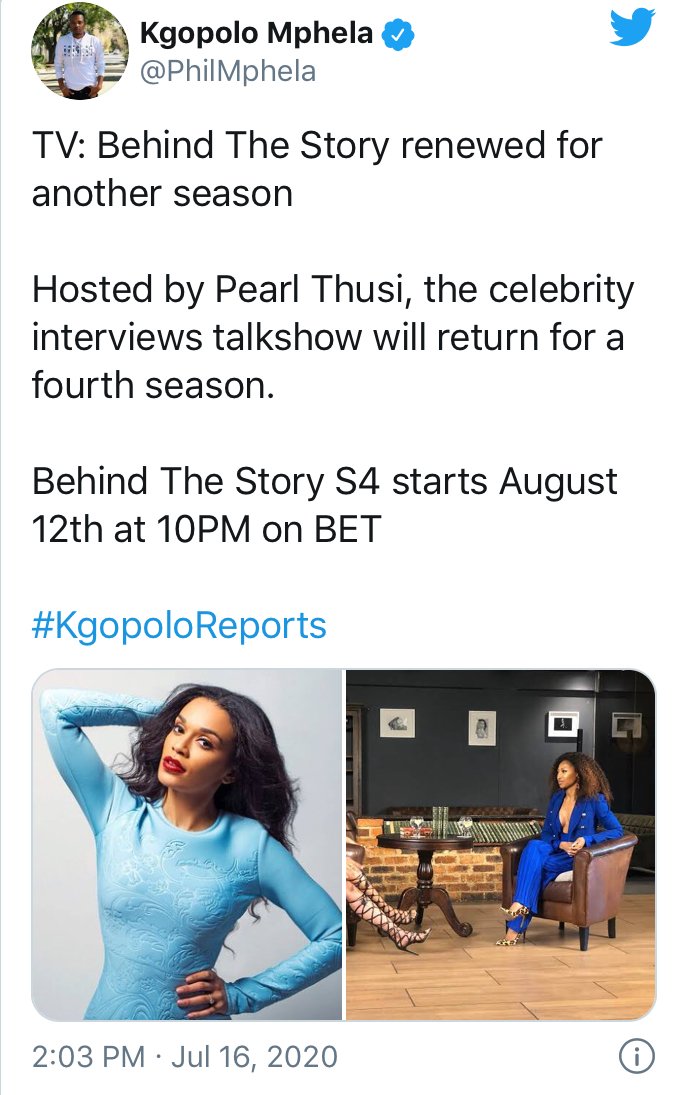